For most of us, our lives are a beautiful mix of sensory input and responses. Life is a series of events that come in through our sensory systems, process in our brains, and then our bodies respond. We make daily adjustments in our activities to maintain a “just right” state.

Though we frequently try to improve our sensory regulation, we don’t necessarily realize that’s what we are doing. Whether we climb into cozy pajamas at the end of a long day or take a walk outside after sitting at a desk for hours at a time, we are attempting to regulate our sensory systems. Children with sensory processing disorder (SPD) have difficulty making adjustments to reach that “just right” state, so they need to learn techniques and strategies to help them navigate everyday life. Whether or not we have SPD, if we are unable to give our body what it needs, we become cranky, inattentive, and unproductive. Living in the moment (that is, practicing mindfulness) helps children with SPD better understand and attend to their sensory needs so that they can reach a happier, more attentive, and productive state.

I am honored to be your guide on this journey to help your child. After 30-plus years of practicing as an occupational therapist (OT) both in private and school-based settings, my passion is assisting families in understanding their child’s sensory needs. I work with families to help figure out why kids are unable to self-regulate and how to manage meltdowns and other disruptive behaviors. I firmly believe in occupational therapy’s non-pharmacological approach to assisting children in thriving in their true occupations of living, learning, and playing. 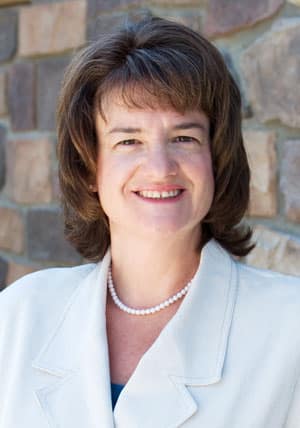 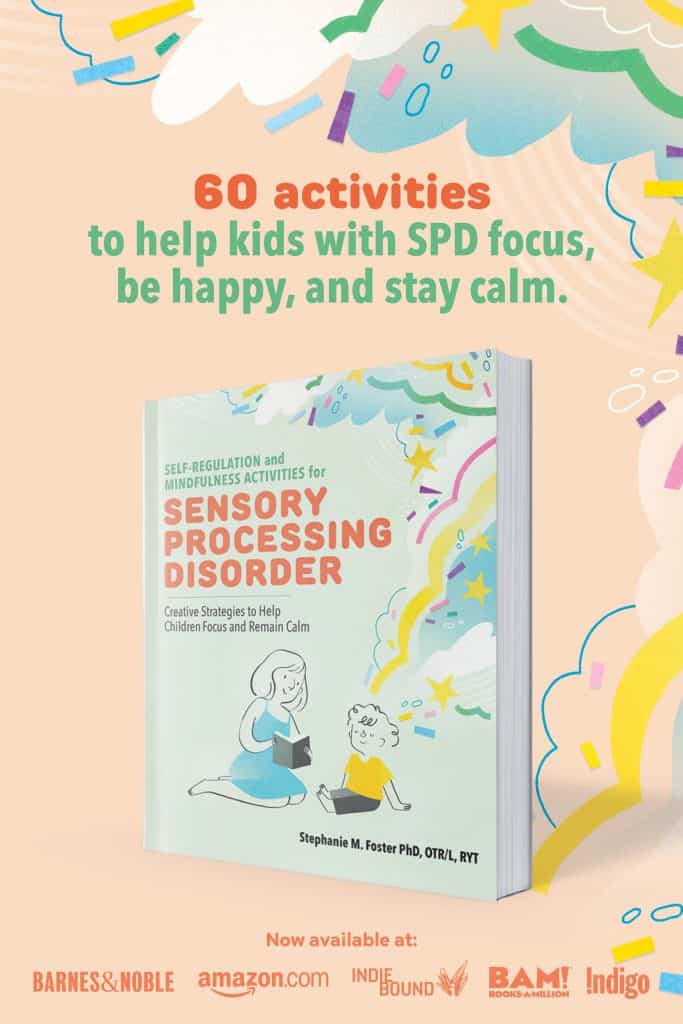 Dr. Stephanie has been publishing research throughout her career. On May 5, 2020, Dr. Stephanie released her first book that was focused on supporting parents with strategies around self regulation, mindfulness activities, and understanding sensory processing disorder. Her book, “Self Regulation and Mindfulness Activities for Sensory Processing Disorder: Creative Strategies to Help Children Focus and Remain Calm” is available on Amazon.

Check Out The Book

Book Dr. Stephanie for your next speaking event

Dr. Foster is excited to share her knowledge and experience in fun, interactive sessions with you. These workshops are available in 1-2 hour short sessions, 4-8 hour intensive sessions, and multi-day experiences

Education:
Stephanie received her B.S. in Occupational Therapy from Tufts University in 1988 followed by an intensive 10-month internship at the Walter Reed Army Medical Center in Washington D.C. In 1994, she completed a fellowship at Boston University on how to make school based services more efficient and effective as well as earned her M.S. in Pediatric Occupational Therapy. In 2011, Stephanie completed a PhD at the Santa Barbara Graduate Institute studying Prenatal and Perinatal Psychology. Her research focused on the “The Relationship of Prenatal, Perinatal, and Developmental Risk Factors to Children’s Sensory Processing Abilities.

In 1989, Stephanie began working with infants, children, and adults with a wide variety of conditions. Since 1991, Stephanie has been working almost exclusively with children. Naturally, when we started Kid’s Work, we decided to limit the practice to providing therapy to children, especially those with sensory disorders. We look forward to working with you and your family.

Certification:
Dr. Stephanie has been a registered Occupational Therapist since 1989 and was certified to provide Sensory Integration techniques in 1994. In January 2007, she received a certificate from Fielding Institute in Infant-Parent Mental Health.

Research Experience:
While at Boston University, Stephanie conducted research on increasing the effectiveness of school based programs. More recently, she contributed to the development of the Sensory Profile (all three versions: infant, school-age, and adult), and School Function Assessment. She also collected data for the latest version of the Bruininks-Oseretsky Test of Motor Proficiency and the new Miller FUNction Scales in 2004 – 2005. In 2011, Stephanie completed a large quantitative study entitled “The Relationship of Prenatal, Perinatal, and Developmental Risk Factors on Children’s Sensory Processing Patterns” examining several factors that make children more prone to developing SPD. The results of this study help therapists and psychologists prevent SPDs, and understand attachment between mothers and their children.

International Experience:
Stephanie participated in the People to People Ambassador’s Program’s professional and cultural exchange program with China in August, 2004. She has treated special needs children in Germany and Japan and has made several Medical Missions to Romanian orphanages.
In addition, she worked in the school system with American children living in Germany, Romania, and Japan. This experience gave her first hand experience at the need for easy to implement, and inexpensive activities for families.

Licenses:
She is licensed to practice Occupational Therapy in California since 2002 (licensure was not required by California prior to 2002). She also held licenses and practiced in Texas, Massachusetts, and South Carolina.